Most of us already have an image in our minds about an aggressive dog. That picture could be a large breed of dog, with a dark coat, bared teeth, barking out loud, and has a seemingly strong stance.

This thought bias towards aggressive dogs may have been caused by your environment, especially films or even based on what you have heard from other people. You cannot be blamed for having this judgment on aggressive dogs as this is how society portrays the image of a dog with an aggressive behavior.

A lot of misconceptions and myths have piled up since then. We will discuss some of the top myths that have been circulating about dogs’ aggressive behaviors.

Although animal groups in the wild have their own alphas, dogs may not exhibit the same behavior at present. Dogs have evolved and were domesticated by humans as companions. Their “alpha” tendencies may have diminished if there was one.

The nearest relatives of our dogs based on the evolutionary tree are the wolves. There was this idea that was widespread before that a single wolf pack has its own alpha male and female. But the reality is a pack usually consists of a pair of wolves which are usually the parents, and their offspring.

It was possible that the parent wolves were mistaken to be alpha wolves while their offspring are beta and omega wolves. Thus, even dogs’ closest relatives do not exhibit dominance and assertion just to be an alpha dog. 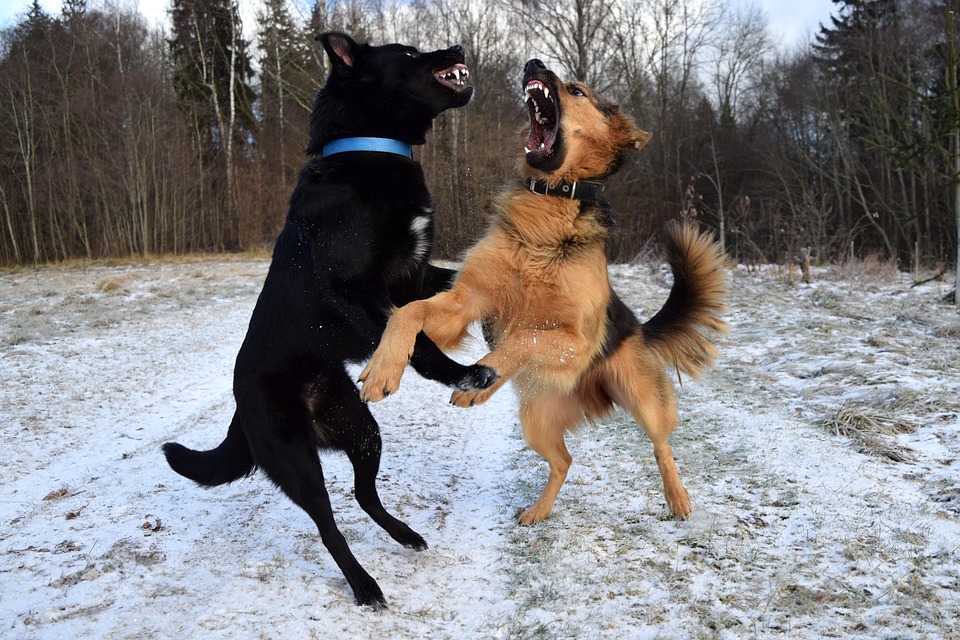 The present image of a snarling dog, wanting to bite and baring its teeth, is already a spot-on. But, aggressive behavior of a dog is not always obvious. There are various signs of a dog’s aggression that we may not notice.

If you have enough experience in observing and dealing with aggressive dogs, then you have prior skills in reading your own dog or even other’s dogs. Some of the various signs for a dog’s aggression include:

Try to take note of these very subtle signs for potential aggression. Once a set of these behaviors have been observed, you might want to tone down a little and wait for your dog to be comfortable again.

We humans are very complex thinkers. But dogs may not have the same advanced thinking as us. Their mind process and ability to learn is different from people. Some could say that they have the temperament of a 2-year old. Thus, they are very sensitive as compared to us humans.

Their aggressive behavior could have stemmed from suffering to a disease or trauma that has huge emotional impact on them. Dogs are rarely mean, and we should be able to understand why they feel anxious and bothered. 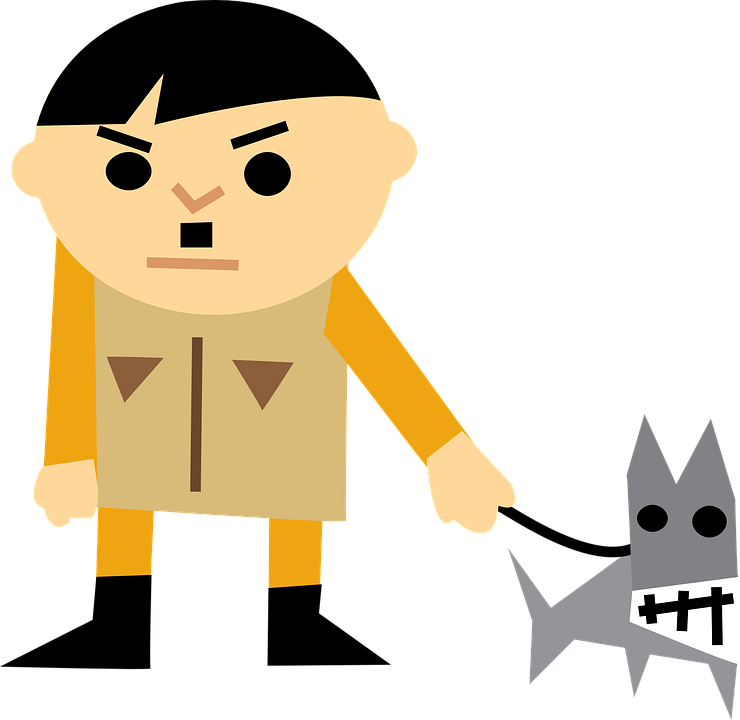 These canine friends are able to love their owners even much more than their owners love them back. They just have simple feelings and are more attached to their human best friends than ever.

Imagine how a puppy feels about their human owner who treated them well until he grew up. You, as an owner, is the only one that your dog has. So aggressive dogs are not mean, they just have to be understood.

This is very wrong. Since aggressive dogs are usually feeling fear or anxiety, punishing them for their behaviors would only make the fear grow. It will worsen and reinforce the aggressive behavior instead of diminishing it.

Punishing is a very unskilled way of handling dog’s aggression. What can you do instead is to try changing the dog’s response to the threat itself. You may even call this as habituation.

An example is when a dog exhibits aggressive behavior towards the mailman. You can start giving out his favorite treats once you see the mailman near the door in order to distract him from what he sees as a threat. In time, the dog will convert his association to the mailman from a “threat” to a “treat”, which he will show his excitement for the treat instead of barking at the mailman.

Basically, don’t punish the dog, but change the association and remove the threat.

Actually, this could be true in some cases. The factor of being “impossible to rehabilitate” on dogs may be based on the history of the individual dog itself. Most of us would think that this is based on the breed, but this is not true.

It is relatively based on age, however, since an older dog may have more traumatic experiences than a younger one. If your dog starts hurting others and himself, you may want to consider looking for professional help from a veterinarian or from a professional trainer for him to assess your dog’s situation before going with rehabilitation immediately.

So these are the top five misconceptions about aggressive behavior in dogs. Always remember that their aggression is based on a potential threat that they have a fear or trauma in. Take note that to help your dog, you have to be more observant, more considerate, and more understanding than anybody else.

If you are considering in helping your dog overcome the aggressive behavior yourself, then you have to take note of every behavior that is exhibited by your dog. This should be done in order to snuff out what threatens your dog.

After determining the threat, try to adjust your dog’s instincts and reactions to it. Do not reward your dog for exhibiting an aggressive behavior. Reward your dog if he manages to avoid exhibiting aggression on a threat. In time, their behavior will change and develop for the betterment of the both of you.